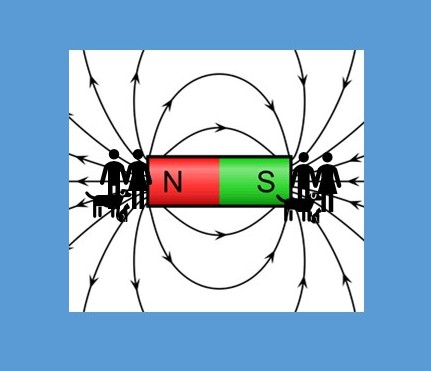 Last month, an unusually heavy workload combined with energy-depleting weather and a certain amount of domestic chaos got me thinking–again–about the increasing trend toward polarized thinking. How does this play out in human-companion interactions?

My interest began with another trend: the shift from a more comprehensive view of animal health and behavior to a problem-oriented one that really got going in the 1970s. Even today, I can’t decide whether this orientation greatly enhanced the data collection that fueled the computerization of medical practice or vice versa. Whatever the reason, the narrative case notes specific to each patient soon gave way to standardized forms and check-lists. This made it possible to determine how many animals were diagnosed with a certain problem. A few more  keystrokes could sort that group by species, age, sex, breed, and the treatments used in each population.

But this approach wasn’t without its problems. It did make the diagnosis and treatment of animals more objective. And theoretically that’s good because it eliminates emotion from the process. But aside from leaving little room for nuance—all those characteristics that make each  animal unique—emotion plays a vital role in human-companion animal bonds.

But did this shift to a more clinical, objective, data-based orientation unintentionally spawn an emotion-based trend toward increased overt human polarization relative to how people interact with their animals? Note: the key word here is overt. Extreme views regarding how people should interact with their animals almost certainly always have existed. What’s changed is that publicly passionately championing one’s own view while equally passionately condemning those that differ has become more socially acceptable. In fact, it’s even expected in some quarters. Perhaps we owe this to faster electronic communication, and especially social media with its ability to trigger and enhance emotional contagion in a larger group.

Consider the evolution of an awareness of dangerous dogs from a common sense human response to an emotion-driven polarized breed-specific one. In the era before

vaccines, veterinary care, and effective animal control became widely available, the possibility of encountering an aggressive or sickly dog who could pose a danger to humans was an accepted reality. Consequently, parents, teachers, and others concerned about human and animal health and behavior routinely educated kids about normal and suspicious animal behaviors. Because changes in behavior often are the first signal of medical problems in animals, this approach covered all the bases.

Today however, the phrase “dangerous dogs” elicits a completely different response with the loudest responses coming from those holding strongly opposite views. Moreover, both groups offer scientific studies supporting their opposing views. One view maintains that all dogs belonging to a specific breed will viciously attack people because “everyone knows” these dogs are born killers. St. Francis himself couldn’t escape these dogs’ evil intentions. The view espoused by those at the opposite end of the spectrum pronounces all dogs of that same breed blameless because the breed is inherently perfect. According to them, if these dogs bite someone, that person must have provoked the dog in some way.

What We Feed Our Animals

Polarization also may negatively impact the quality of other areas of our relationships with companion animals. Consider the emotional minefield feeding the dog has become. According to some folks, it’s no longer good enough to feed our dogs the best diet that meets our animal’s as well as our own needs. Like rabid disciples, we must trash all other options and attempt to nag, guilt, bribe or otherwise convince others to do as we do. (For an extreme example of this, see “Are shelter dogs ready for all-vegan diet? Celebs urge enlightened canine menu” .)

How We Train Our  Animals

Training approaches also have become polarized with those taking a different one viewed at best as competitors, and at worst enemies. This is especially

true when trainers use behaviorism because it facilitates polarized thinking via its primary options: reward or punishment. Those who loudly proclaim the use of rewards see themselves as more virtuous while extremists at the other end perceive the rewarders as wienie-slingers. Those who use punishment also claim the moral high ground while the rewarders consider them animal-hating sadists. Both extremes can support their views with what they consider valid documentation. For all of these folks though, when it comes to training, “different” is synonymous with “wrong”.

Where We Get Our Animals

In the past, the conventional wisdom acknowledged that purebred and mixed breeds animals were available from multiple

sources. Although we may have had our preferences regarding what source best met our personal needs, we also accepted that others’ reasons for choosing different sources were as legitimate to them as ours were to us. This is no longer the case.

Consider the almost the knee-jerk response to trash dogs from breeders, puppy mills or pet stores while touting rescue or shelter animals as the only way to go. In these people’s  minds, there’s no such thing as a good dog or other animal from these sources. Simultaneously, a population of those whose beloved pets came from said maligned breeders, puppy mills, or pet stores will tout the many positive traits of their animals and enthusiastically point out the failings of every rescue or shelter animal.

The Cost of Polarizing Our Interactions With Our Animals 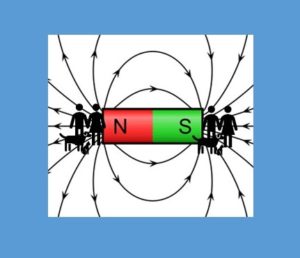 In all these examples, the unemotional data of the problem-oriented approach gets a biased emotional make-over. And because the passion of the polar extremes makes for better media than a more comprehensive moderate view, the polarized extremes receive more public exposure. And once that occurs, it’s easy for those unfamiliar with the human-companion animal scene to believe these extreme views represent the norm.

But how may these passionate polarized views prized by the media affect the bond of the average Joe or Joan Petowner and their dogs or other companion animals?

Common sense and knowledge of canine behavior and the bond positions the most likely explanation for dangerous dog incidents somewhere between the extremes with both human and canine error contributing to these events. But when people get caught up in us vs. them breed-specific condemnation or deification, they ignore the possibility that any dog could bite given the right circumstances. Little Johnny Petowner’s parents may teach him to avoid pitbulls like the plague. But that won’t keep Johnny from getting nailed by a poodle, golden retriever, Chihuahua, or mix. Nor will their teaching him that all pitbulls are lovable marshmallows help Johnny when he meets one who isn’t.

Regardless of our views about what to feed our dogs, cats, or other companion animals, feeding our pets shouldn’t feel like a moral and ethical battle ground. For the animal’s sake, it should be a relaxed daily event. Don’t be one of those people whose polarized views obligate them to make their views known at Spot’s or Fluff’s feeding time. Such passionate proselytizing and condemnation of alternative food offerings may make you feel more virtuous. But it could stress a more sensitive animal whose digestive system takes a hit. Where’s the caring in that human approach?

Just as the ideal food to feed depends on the animal, the owner, their bond, the history, and the environment, so does the best way to train a specific animal. Each program has its strengths and weaknesses. What works for one human-animal unit may not work for another. What training method works best for the young animal may not work for the adult. Or what works for the animal may not work for the owner, or vice versa. But unless we’re aware of the full spectrum of training options and their costs and benefits, it’s easy to emotionally elevate one and condemn the other. When that’s the case, emotion—not knowledge—will determine how the animal is trained.

And while I expect those whose livelihood or personal well-being depends on others purchasing or adopting animals from their businesses or organizations to market their animals’ attributes, I find the amount of  energy that some devote to condemning other sources disconcerting. Can’t they find enough good to tell others about their own animals?

All these extreme views say more about the naivete of their proponents than an awareness of what constitutes a mutually rewarding and enduring human-companion animal bond.  As a veterinarian in medical and then behavioral practice for decades, I’ve met wonderful animals from all different breeds. And I’ve met some real nightmares belonging to those same breeds too. I’ve met animals who thrived on diets that caused vomiting, screaming diarrhea, lousy coats, and flakey skin in others.  I’ve met incredibly well-behaved animals whose training ranged from nothing to top of the line premium treats and electronic devices. And I’ve met some behavioral horror shows with those same credentials. I’ve met wonderful animals from breeders, puppy mills, pet stores, rescues and shelters; and some of the worst animals I’ve seen have come from those same sources.

And everything between. Nor do I believe that my experience is unique. Once again it depends on the animal, the owner, their bond, the history, and the environment.

While some days it seems like the middle of the human-companion animal spectrum has disappeared and taken with it those who take a more rational, comprehensive view of human-companion animal interaction with it, I don’t think this is true. I think most of us want to do what’s best for us and our animals. But to do this, sometimes we need to step back from all the hype and the noise so we can see the whole picture and all our options. That way, we can choose the best one for ourselves and our animals with our minds, not just our hearts.